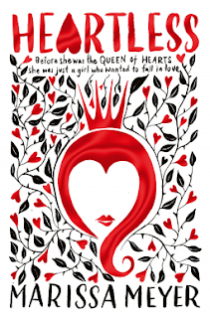 Marissa Meyer is the New York Times bestselling author of Cinder: Book One of the Lunar Chronicles. She is something of a book junkie. She holds a Bachelor’s degree in Creative Writing from Pacific Lutheran University and a Master’s degree in Publishing from Pace University.  She lives in Tacoma, Washington, with her husband and beautiful twin daughters.
Website / Twitter / Facebook / Goodreads