Hi there! Today I am taking part in revealing the cover of The West Woods – a YA Fantasy by Suzy Vadori. I am really into YA Fantasy at the moment so I am really excited to share this cover with you and eventually read the book. Thank you to Silver Dagger Tours for allowing me to be part of this event. So, without further ado…here is the final cover… 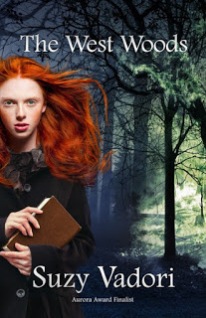 This cover is exactly what I was expecting from a YA Fantasy. It’s mysterious, somewhat creepy and leaves you guessing. I’m not too sure on the font, it seems a bit too basic, but the white colour blends into the cover art perfectly. The red hair on the girl stands out the most for me and it makes me want to know more about her! Who is she? What is her role in the story? Overall a good cover and it is encouraging me to go and read the book when it is released.
The West Woods by Suzy Vadori
Published by Evil Alter Ego Press
Released 22nd September 2017
Goodreads
Courtney Wallis wants nothing more than to escape St. Augustus boarding school. After uncovering a well-kept secret about the school’s founder, Isaac Young, Courtney turns to the school’s magic to convince her dad to let her leave. Things take a turn when she meets Cole, who lives in the nearby town of Evergreen. He gives her hope that things might not be so bad. However, the fountain has other ideas, and binds Courtney to her ambition, no matter the cost.


As Courtney struggles to keep the magic from taking over, she and her friends get drawn into the mystery woven into the school’s fabric. Everything seems to lead back to the forbidden West Woods. Together, she and her friends seek out the spirits of the past to ask for help, and find themselves in much deeper than they’d bargained for. If they succeed, Courtney could be free of the magic. If they fail, she may never be the same.
Author Bio 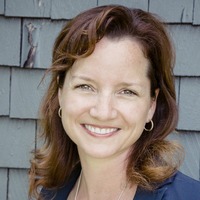 Suzy Vadori is an Operations executive by day, Writer by night. Suzy is an involved member of the Calgary Writers’ community, service as Program Manager for Young Adult at When Words Collide (a Calgary festival for readers and Writers) since 2013. Suzy lives in Calgary, Alberta, Canada with her husband and three kids.
Website / Twitter / Facebook / Instagram / Goodreads