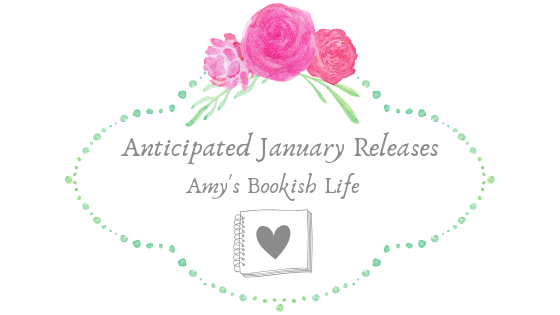 We are only in the first month of 2019 but there’s already some amazing books coming out that you’ll want to add to your TBR.
What books are on your radar this month?

Paper Avalanche by Lisa Williamson
Published by: David Fickling Books
Released: 1st January 2019
When it comes to flying under the radar, Ro Snow is the expert. No friends. No boys. No parties. And strictly NO VISITORS. It may be lonely but at least this way the truth remains where it should – hidden. Then Tanvi Shah, the girl who almost died, comes tumbling back into her life and Ro finds herself losing control of her carefully constructed lies. Because if Ro’s walls come crumbling down, who’s going to take care of Bonnie… Bonnie. Never Mum or Mummy or Mother. Just Bonnie.

Two Can Keep a Secret by Karen M. McManus
Published by: Penguin Random House Children’s
Released: 10th January 2019
Ellery’s never been to Echo Ridge, but she’s heard all about it. It’s where her aunt went missing at age sixteen, never to return. Where a Homecoming Queen’s murder five years ago made national news. And where Ellery now has to live with a grandmother she barely knows, after her failed-actress mother lands in rehab. No one knows what happened to either girl, and Ellery’s family is still haunted by their loss.
Malcolm grew up in the shadow of the Homecoming Queen’s death. His older brother was the prime suspect and left Echo Ridge in disgrace. His mother’s remarriage vaulted her and Malcolm into Echo Ridge’s upper crust, but their new status grows shaky when mysterious threats around town hint that a killer plans to strike again. No one has forgotten Malcolm’s brother-and nobody trusts him when he suddenly returns to town.
Ellery and Malcolm both know it’s hard to let go when you don’t have closure. Then another girl disappears, and Ellery and Malcolm were the last people to see her alive. As they race to unravel what happened, they realize every secret has layers in Echo Ridge. The truth might be closer to home than either of them want to believe.
And somebody would kill to keep it hidden.

Whiteout by Gabriel Dylan
Published by: Stripes
Released: 10th January 2019
‘She sat us all down and told us a story. About things that lived in the woods. Things that only came out at night.’For Charlie, a school ski trip is the perfect escape from his unhappy home life. Until a storm blows in and the resort town is cut off from the rest of the world. Trapped on the mountain, the students wait for the blizzards to pass, along with mysterious ski guide Hanna. But as night falls and the town’s long buried secrets begin to surface, the storm is the least of their problems….A chilling RED EYE horror, perfect for fans of Dawn Kurtagich, Juno Dawson and Charlie Higson.

All The Lonely People by David Owen
Published by: Atom
Released: 10th January 2019
Everyone tells Kat that her online personality – confident, funny, opinionated – isn’t her true self. Kat knows otherwise. The internet is her only way to cope with a bad day, chat with friends who get all her references, make someone laugh. But when she becomes the target of an alt-right trolling campaign, she feels she has no option but to Escape, Quit, Disappear.With her social media shut down, her website erased, her entire online identity void, Kat feels she has cut away her very core: without her virtual self, who is she?She brought it on herself. Or so Wesley keeps telling himself as he dismantles Kat’s world from across the classroom. It’s different, seeing one of his victims in real life and not inside a computer screen – but he’s in too far to back out now.As soon as Kat disappears online, her physical body begins to fade and while everybody else forgets that she exists, Wesley realises he is the only one left who remembers her. Overcome by remorse for what he has done, Wesley resolves to stop her disappearing completely. It might just be the only way to save himself.All the Lonely People is a timely story about online culture – both good and bad – that explores the experience of loneliness in a connected world, and the power of kindness and empathy over hatred.

King of Scars by Leigh Bardugo
Published by: Orion Children’s Books
Released: 29th January 2019
Nikolai Lantsov has always had a gift for the impossible. No one knows what he endured in his country’s bloody civil war—and he intends to keep it that way. Now, as enemies gather at his weakened borders, the young king must find a way to refill Ravka’s coffers, forge new alliances, and stop a rising threat to the once-great Grisha Army.

Yet with every day a dark magic within him grows stronger, threatening to destroy all he has built. With the help of a young monk and a legendary Grisha Squaller, Nikolai will journey to the places in Ravka where the deepest magic survives to vanquish the terrible legacy inside him. He will risk everything to save his country and himself. But some secrets aren’t meant to stay buried—and some wounds aren’t meant to heal.