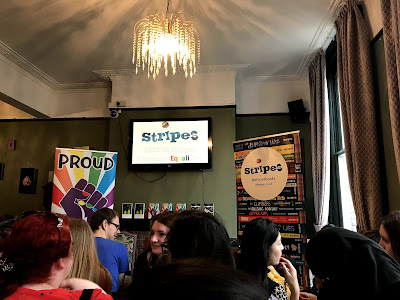 The event was being held in a pub venue called The Apple Tree in London. This venue nearby Chancery Lane tube station in London was pretty awesome. I loved all the decor and the fact it was LGBT friendly just added to my positive thoughts. As I took my seat amongst fellow bloggers, authors and publishers I was waiting in anticipation to hear about all the amazing books Stripes had coming out this year.
Gabriel Dylan was the first to come up and speak. His debut novel Whiteout was released on 10th January and after having read it I was amazed! So, as you can expect it was a big honour to be able to hear him talk about this outstanding book. Gabriel spoke about his writing journey and how a real life ski trip inspired him to write what is now Whiteout. He also read a pretty creepy extract from the book and just by hearing that it’s made me want to go back and have a re-read! 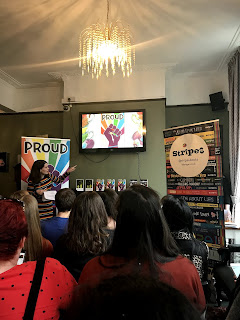 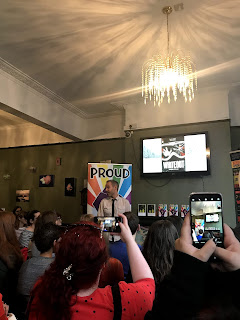 We then got to hear about Stripes upcoming anthology Proud. There’s been so much buzz and hype around this book and I was so eager to hear more about it. Charlie, publicity and marketing exectutive at Stripes spoke a little about the process behind the anthology and how the stories/poems/artwork that feature in it were chosen. We then heard three of the contributors and previously unpublished authors Cynthia So, Kay Staples and Karen Lawler read extracts from their short stories. From what I heard all three sounded incredible and I cannot wait to read the full anthology! Proud is something that is going to be spoken about all year with Stripes doing events at various Pride festivals and working alongside charity Stonewall.
Up next was Alex Bell who spoke about her upcoming 10th novel Music and Malice in Hurricane Town. Having loved Frozen Charlotte I was really intrigued to hear all about her latest work. I really enjoyed hearing all about the inspiration behind the novel – which to my surprise was New Orleans and Jazz music. The book is out on 4th April and I for one cannot wait to read it! 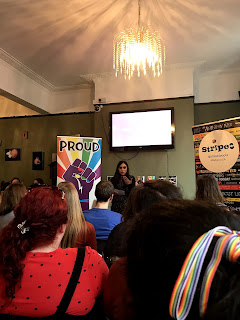 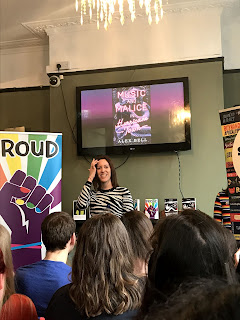 We also got to watch a little video of author Randy Ribay talking about his upcoming novel The Patron Saints of Nothing. The book, which is out on 27th June is all about an American-Filipino teen who starts to investigate their cousins murder. Sounds interesting right? Stripes Editor-at-Large, Sarah Shaffi also spoke about her first acquisition, My So-Called Bollywood Life, where she also revealed the gorgeous cover! This book sounds so exciting and I am looking forward to reading it and also learning more about Bollywood the process.
As well as talks from some incredible authors, there was also cakes, drinks and proof copies of all the books that had been spoken about available. The people at Stripes, I must say make the most amazing tasting cakes and should all enter The Great British Bake Off! I managed to grab myself copies of all of the books – apart from Whiteout (I already own a copy of that!) and I am so eager to read all of them ASAP! 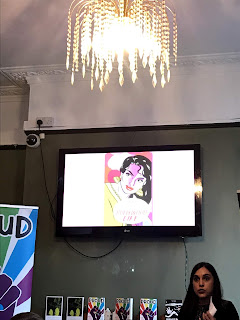 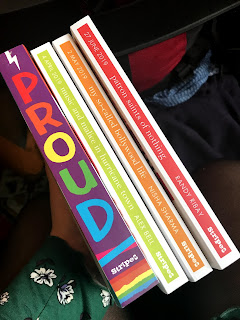 I would like to say a BIG THANK YOU to Stripes for inviting me to this event. I had such a fabulous time, got to catch up with some blogger friends and everything was just done perfectly. You are all superstars!