So I thought that as much as I like doing all my bookish posts and love you guys reading them, I realised that I would also like to write about my personal life as well once in a while. It was then that I came up with the idea of doing a ‘look back’ at what’s happened in my life each month. So this will be the first look back that I do. February has been a pretty interesting month and a few exciting things have happened so I am happy to be sharing with you, my lovely readers.

So February got off to a slightly slow start for me. Although, I did get moved departments at work and started as a permanent member of the Administration team. I am really enjoying it and I love being able to do paper work and be organised etc. I know it’s sad but I love doing things like that. I love my colleagues and I don’t get angry or upset about having to go into work any more, which I did used to get.
I had 12 days off work which I’d been looking forward to for ages seeing as the last time I had time off was back in November. To start it off I visited my Nan and took her to her first Slimming World meeting which was great! I love the fact that she has joined and is now looking forward to healthier future. It was also my friend Erica’s birthday that week so me, James, Erica and her boyfriend Craig all hung out one day and went bowling and Pizza Express and then hung out at James’ with a few alcoholic beverages and played Guitar Hero. It was a lot of fun (even though I lost at Bowling, but I do suck at it!). On the very same day I found out that I’d received an Unconditional offer to study my MA in Creative, Digital and Professional Writing at London Metropolitan University. I was so happy and I did shed a few happy tears. London Met was the uni I really wanted to get into so it was very overwhelming. I start in September and I am so excited.
As James also had the same time off work as me, he came down to Ipswich for a few days. The first day he was down we just walked about town and went for Nandos as he had a voucher. You can’t get enough of Nandos! The day after we went to see Deadpool, and it was so good! Although halfway through the film stopped as there was an emergency in the cinema foyer and our screen was being used for paramedics to come through. It couldn’t be helped but the cinema did give us a free ticket for the next time we visit so it was nice of them. If you haven’t seen Deadpool go and see it! I also got my tattoo cover up done, and I am so pleased! It was a two hour sitting and it did start to hurt after a while, but it was worth it. I couldn’t be happier with it and it is healing nicely. 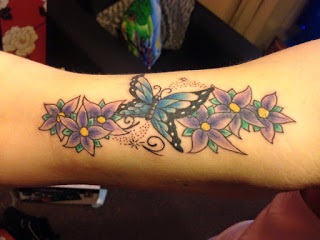 The day before Valentines Day I finally got to use the Christmas present that James had got me. We finally went to see The Lion King in the West End. The show was amazing and I was so overwhelmed. Everything about it was perfect; the cast, the costumes, the music. I also loved how it was word to word of the film. It was a perfect day and I would love to go and see it again. You can tell by the photos below that I was just a little bit excited. 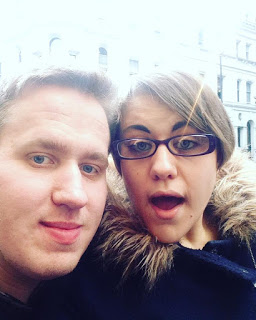 For Valentines Day James and I just stayed at his and watched a few movies and had a lovely roast. I felt like we’d already had our Valentines Day the day before, and you don’t have to do something major to show someone that you love them. I liked just spending time with him.

My 12 days off work went really quick, but I had enjoyed them so that was all the mattered. I wasn’t that bothered about going back to work and I soon got into the swing of things.

February was a good month I think, and a lot of things happened which I really enjoyed. I also got a few ARC’s in the post, which is always a good thing.

Let’s hope March is just as good. Bring it on!